The World of Fantasy - Totoro 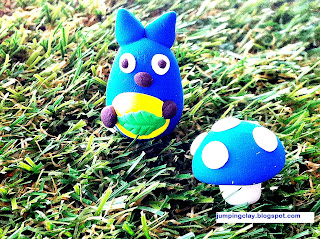 Steps to make this cute figurine, named Totoro, which first made its appearance in 1988 in Japan. 1. Make a sphere 2. Make sphere to cone shape 3. Make yellow sphere for the tummy - size of ball for tummy must of course be much smaller than the body. 4. Leaf - Droplet shape, press flat. 5. Paste on the tummy. Use a cutting tool, make the design if the leaf. 6. Eyes and black paws, as usual.
Posted by Unknown at 6/16/2012 01:31:00 PM No comments:

How to do a Macaron tutorial 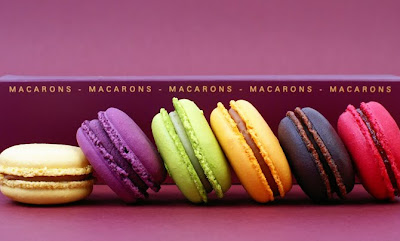 Macarons, as i have researched, are really challenging to make in real life. But the clay version of it is relatively easy! I should have uploaded this two years ago but was caught up with other projects to upload this one. Anyone who has watched my tutorial on how to make a COOKIE would most definitely know how to make a clay macaron. Macaron OR macaroon? This, i think, is a common question. However, i think i have found a good source to explain to us the difference. It's best explained in: http://www.yumsugar.com/Macarons-vs-Macaroons-8038818#comments. The Title is: "Burning Question: Is Macaron Another Spelling of Macaroon?" I quote: "A macaron specifically refers to a meringue-based cookie made with almond flour, egg whites, and granulated and powdered sugar, then filled with buttercream or fruit spread. The delicate treat has a crunchy exterior, and a weightless interior with a soft ending that's almost nougatlike in its chewiness. To add to the confusion, it's often called a French macaroon. In contrast, the word macaroon is a generic phrase that is applied to a number of small, sweet confections. Mostly, the term is equated with the the moist and dense coconut macaroon, which is composed of egg whites, sugar, and dried coconut, piped with a star-shaped tip, and often dipped in chocolate. The coconut macaroon, or congolais, as it's known in France, is frequently served during Passover because it contains no flour." Anyway: The tutorial is uploaded to Youtube. Enjoy!!! http://youtu.be/Al0EsdGPynQ
Posted by Unknown at 6/12/2012 11:15:00 PM No comments:

Rose, Rose, I Love You

Whether it is the conventional red, royal blue or sophisticated black, the rose is symbolic, really symbolic. But it's actually very easy to make your own clay rose. Just follow this link:https://www.youtube.com/watch?feature=player_embedded&v=QU_WwWQNjIECHEERS!!! 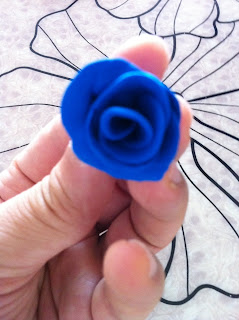 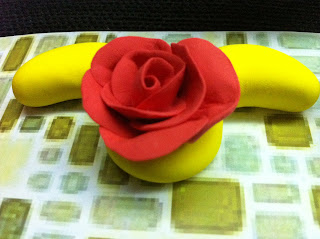